Radiohead and PJ Harvey produced some of the first albums I ever bought. To varying degrees both musicians have stayed with me. I own just about every full album each ever released and when both of these artists released a new album this past month, I snapped them up. 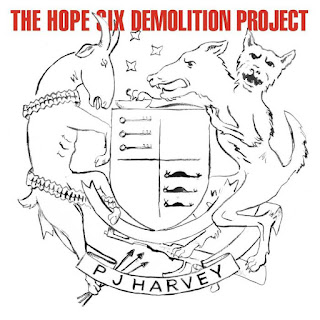 It's strange listening to bands for this long. Especially in the case of PJ Harvey, the music contained within The Hope Six Demolition Project seems very much of the same cloth as other music she's released. "A Line in the Sand" sounds like a B-side from "Stories from the City, Stories from the Sea." And yet, the music has deepened over time - matured - to grasp the most obvious word. Harvey's vocals curl around the layered instruments, howl when it's time to cut loose, press right up against the ground in a sinister whisper. This is one of Harvey's more stripped-down albums. In comparison to Let England Shake, the riffs are simple and blocky, the rhythms martial and abrupt. Her first album, Dry, was like this - minus the studio craft unavailable to a independent musician back in 1992. The guitar here has the same loping, feral quality of that early album.

One big change is PJ's perspective seems to have broadened over time. Dry was at once jarringly personal and mythic - the kind of music so intense and claustrophobic it could implode Stonehenge. Hope Six is looser but more traveled. It weaves in vignettes of a walk through the National Mall and the street life of Kosovo and Afghanistan. This is music drenched in terror. Apocalyptic imagery has always existed in PJ Harvey's work, but a global accounting seems very near. "This is how the world ends," Polly Jean sings, the music pounding terrain already leveled by bombs and indifference. 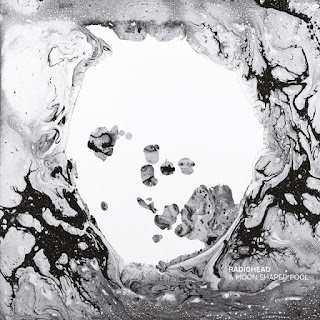 Radiohead, for me, still seems an unlikely survivor of the early 90s alternative moment. Their most famous single (still?) "Creep," seemed one more self-loathing, improbably catchy grunge anthem in a year lousy with them. To be clear, I love "Creep," and listen to it without the slightest twinge of embarrassment. I struggle to enjoy my favorite Pearl Jam singles so effortlessly.

Perhaps this British band's true talent was finding a sound in nearly every album that captured the feeling of a certain moment without ever seeming captured by it. OK Computer still sounds fresh and Kid A is perhaps more timely now then when it was released. Their new album achieves a similar effect.

"Moon Shaped Pool," is a great record. There's nothing here with same force as "Karma Police," "Optimistic," or "Bodysnatchers," but the music finds new ways of mesmerizing, of grabbing hold. The first track, "Burn the Witch" has a scorched earth title without ever pulling out the flamethrowers. Staccato strings replace guitar pummelling, and Thom Yorke's vocals hover in the seconds-away-from-full-panic-attack mode he basically trademarked. The key difference here from the songs mentioned above - the song never quite gives way to full release. The song builds, swells into a shattering crisis, and pulls back. Instead of verse and chorus, Radiohead ride waves of anxiety, ripples of dread. The song ends on a crumbling crescendo - as if the song is dissolving beneath the flailing singer.

That's what has me hooked at the moment - the fact that each song can be so many things but retain a coherent statement. In less confident hands, these songs would be a mess - but Radiohead has enough experience to hold the collage together. There's something of Talk Talk in this album, songs that don't reject convention so much as trade them in for new patterns.