The Case for Darwin, NT

The stars aligned this year and allowed me a chance to visit my brother and his family in the Top End. Mostly this trip was my chance to see my two nephews and catch up with my brother and sister-in-law. However, another part of the trip was a sincere interest in the town in which they live: Darwin.

I'm going to venture a guess and say that you might not often spare a thought for this city. In the modern era I can think of only three reasons it may have come to your attention: 1) It is the capitol city of the Northern Territories and the largest city on the northern coast of that great continent (although largest is truly a relative term here) 2) It was in a few scenes of Australia, that historical epic a few years back starring Nicole Kidman and Hugh Jackman 3) It's the site of a small contingent of US Marines stationed in the Pacific Rim as part of the Asian Pivot initiated by President Obama.

Darwin was destroyed four separate times in its history: thrice by cyclones and once by Japanese bombardment. Cyclone Tracy, in 1974, prompted the largest civil evacuation in Australia's history and left a town clear of a big chunk of its pre-existing building stock. The result of all of this is a city with ever fewer old buildings that might be expected - a modern seeming metropolis surrounded by some highly underdeveloped real estate. 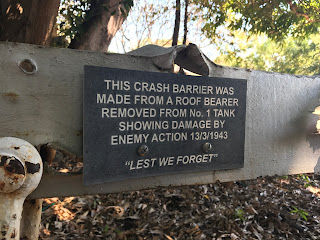 I have to say, after an extended visit to the place I didn't fall in love with Darwin. It's a bit too hot for my taste (and this was during the comparatively cool Dry Season) and a bit too remote. But I was fascinated by it. The people, culture, land, and history all left me with a feeling I wouldn't mind coming back here again. I felt as though in Darwin I found a plausible and, to my knowledge, completely unexplored venue for speculative literature.

First off, Darwin is dangerous. While I think it's certainly possible to exaggerate the lethality of Australia in general when we're discussing urban centers, there is nevertheless menace lurking behind every dune and wave and within each pile of dirt. Darwin struck me as a very thin veneer of the 21st century placed over a rather vigorous and predatory chunk of the Paleozoic. 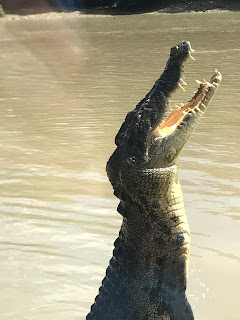 There are far more crocodiles, both of the fresh and more carnivorous salt water varieties, than I think most people appreciate. They are in the streams, waterholes, rivers, swimming pools, and shore lines. They will attack and devour people and are actually quite good at this. According to the Guardian the danger is increasing, with 14 people dying from croc attacks between 2005 and 20014. The problem is that unlike a number of other dangerous predators on this planet, the crocodile has learned to incorporate human beings within its diet. For the most part, when a lion, tiger, or shark attacks a human it is a one-off. A great white, for example, will confuse a human being for its preferred prey - seals - and take a nibble to see if the meal is worth it. Unhappily, that is not the reaction of salt water crocodiles who will identify popular swimming spots and lurk there for days with the hope of chomping down on a human prey. Seeing the speed of these reptile as they hurl themselves out of the water is to get a glimpse of a much older and less agreeable portion of prehistory. The closest I've been to a kaiju was crouching by a chain-link fence outside of Darwin and counting the armored plates of its 10-foot-long tail. 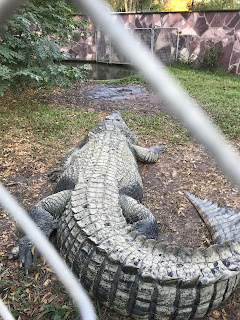 Beyond that, a great deal of Australia's fauna and flora is toxic. Of particular note is the box jellyfish, which is an off-shore menace mostly dangerous during the wet season, but as my brother put it, still very much present during the Dry as well. The toxin of the box jellyfish kills by causing a massive increase in blood pressure and heart attacks. Even a small dose of the venom causes such extreme pain a swimmer may flounder and drown. 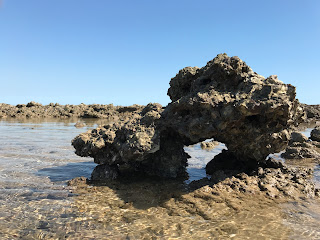 Finally, on the theme of Darwin's dangers, I'll mention Melioidosis, a hidden peril lurking deep in Darwin's dirt. Melioidosis, called Melio or Nightcliff Gardener's Disease, is a bacteria found about 10 cm down in the sandy, gritty Darwin soil. Again, mostly a danger during the Wet, the bacterium was described to me as a charming combination of pneumonia and leprosy.

The possibilities of these practically write themselves.

Moving on, the other theme would have to be Darwin's long history as a port to the rest of Australia. It is supposed that Australia's first human visitors probably crossed into the continent some 40,000 to 60,000 years ago near to present day Darwin. There was also extensive contact between the people of the Cox peninsula (the Larrakia) and Makassan sea cucumber fishermen, one of the earliest recorded relations the people of Australia had the outside world. Darwin was given its English name because its bay was visited by the HMS Beagle on a subsequent trip around the continent. The crew of the Beagle decided to name the water feature after their good friend Charles Darwin. Interestingly, this happened years before he garnered fame as the author of the "Origin of Species." 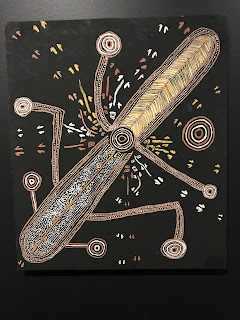 There were several attempts by the British to establish some sort of colony or community on the Top End. It was thought that the harbor would serve as an important link for Australia and the rest of the Eastern Asia. All attempts failed however, until a telegraph line was established at present day Darwin which created the necessity for year round European settlement in the area. Cattle ranching and gold prospecting also played an important role in the growth of the city.

Long recognized as a place with strategic importance well out of proportion to its actual population, Darwin has also played host to naval and army bases throughout its history. So much so, in fact, that Tess Lea, in her very fine book on Darwin's complicated history, "Darwin" refers to it as a 'garrison town.' It was that function as a military base and harbor that drew the attention of the Japanese military, who in February 19th, 1942, dropped more bombs upon Darwin than two months earlier over Pearl Harbor.

Even today, with President Obama's Asian pivot, Darwin has retained its role as a kind of stationary aircraft carrier as it now plays host to a sizeable contingent of US Marines. It's not hard to recast this military history within some kind of steampunk or space opera setting. Especially after reading one of the accounts of Spitfire versus Zero dogfights that took place over the city in the wake of the bombing.

I'd also point to the strange natural wonders of Darwin and its surrounding regions. Within a few hours drive from the city are the twin wonders of Litchfield and Kakadu national parks. Kakadu, a World Heritage Site, is home to a variety of remarkable locations - a vast wetlands plain, various sandstone escarpments cut through with cascades, and several Indigenous Peoples' rock art sites. I actually found myself more struck by Litchfield which has a similar geography - ancient escarpment worn away by water and wind - but plays host to a strange series of outcroppings, one so extensive and impressive, it bears the evocative name of the "Lost City." Having walked up to one of these jumbles of rocks and found it bore remarkable (and purely coincidental) resemblance to a section of Stonehenge, I found my writerly brain quickly drawing up scenarios. This a place where the processes of vast amounts of time have created truly humbling and awesome locations. 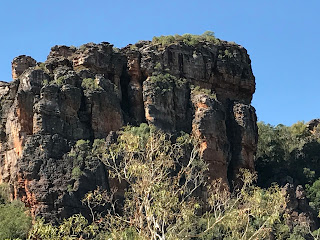 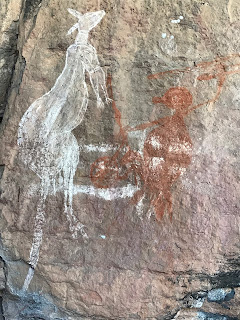 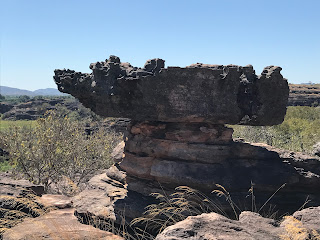 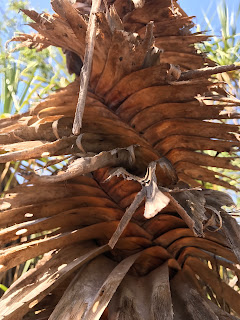 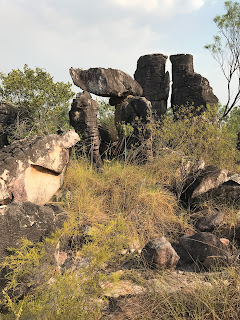 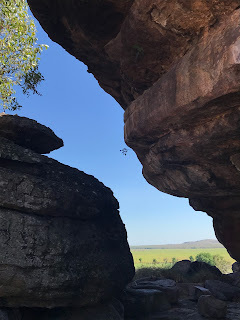 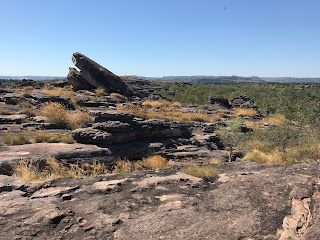 Finally, I mention that there is something very prescient about Darwin - the dissolution of permanent identity. Granted I only spent a bit more than two weeks in Darwin, but in all my travels I suspect I met no more than half a dozen individuals actually born in the city. For the most part, everyone I met and spoke with were transplants. Here for a job or to raise a family, but always with the intention of someday leaving. This is a city that has very good reasons for existing in the aggregate but compelling reasons to flee on the individual level. With impending climate change and global instability, one wonders if Darwin's ready-made population anticipates an ever more mobile and rootless modern life. A city whose identity is maintained like a baton, passed hand-to-hand by the people running through.