January 25, 2013
This is my first chance to respond to the big news on the internets today: JJ Abrams signing on to direct the first Star Wars sequel (of the original trilogy). I have to say, my reaction is basically positive. 'El Maesto' of the lens flare gets mixed press but I've never seen anything by him that I out and out hated, I liked the Star Trek reboot a great deal, and even his misses like Cloverfield have a certain degree of puzzle-box charm. 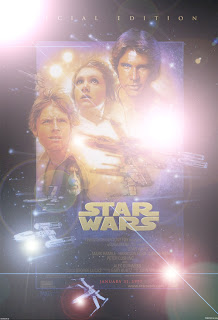 But then, as is probably apparent from a brief check of my current watching habits, Star Wars isn't something I get super worked up about. Don't get me wrong. I like Star Wars, it's a big part of my childhood but I've always been on the fence about what the show is about really. The idea of Luke Skywalker as a timeless expression of the monohero, the duality of good and evil, wookies, it all works a lot better with a healthy dose of sly humor: which is probably why "Empire Strikes Back" is my favorite film.

In addition to being able to write (gentle) humor, Abrams brings an awareness of cinematic history to his projects, and a sense of intertextuality, the way one story is shaped by knowledge of another.  If you look at his films, a motif emerges of movies within movies, films commenting on other films. In Super 8, for example, the kids don't see the monster at first, they watch it on a movie they didn't even know they were creating. For the Star Trek reboot, Abrams took all of the familiar elements, Kirk, Spock, McCoy and the Enterprise, remixed them with the expectations of modern spectacle-driven blockbusters, and yet wound up with something very close to the spirit of the original show. That's what I hope Abrams might might bring to Star Wars: something very wrong, some obvious sacrilege ultimately highlighting what the original movies were about.