The Past's Impression of Now

What would catch this hypothetical chrononaut's eyes? What would require explanation or provoke confusion, even alarm?

I asked this question of one of my friends recently, hoping to generate some interesting conversation to mine for a story I'm working on currently. He pointed to the device I was even then twirling around in my hands.

"What's that?" he said simply.

I think this is probably the best answer for my question. When I cast my mind backwards and think about how the world looks versus now, I'm not sure, on the surface, how much would seem strange or out-of-place. It's been a few years since I've seen Hummer's rolling around everywhere; hybrids and smartcars seem more fashionable. But it's not like you see the flying cars and hoverboards of everyone's  speculative daydreams. The world of buildings and streets, cars and buses, trees and parks, families and pets seems largely intact nearly two decades later. The billboards are brighter, and on occasion, animated, but the basic configuration of the world as its encountered by a person walking around, is undisrupted.

However, you do see all of these people sitting, standing, walking, and talking while simultaneously directing eyes downward to a panoply of small rectangles. Less frequently, you see people talking to themselves, holding on virtual conversations with unseen others through Bluetooth devices (but as with telephone calls in general, this sight has become less common). I have yet to see anyone wondering around with a field version of Google Glasses but just about everyone  has a way to silently communicate or browse the internet or play diverting game while ostensibly doing something else.

But really, I think the surface continuity obscures a profound change in the way human beings interact with out world in 2013. It's not just that we have, in America, Europe, and other developed countries, nearly constant, portable access to the internet. It's that the world that we see with our own biological eyes is only one portion of our actual experienced reality. I wouldn't hazard a guess as to how much of a typical person's day is taken up with the input from digital devices but I'd imagine it's significant.

We hear and see news from across the world seconds after it transpires. This news either encourages solidarity with others seeking freedom and self-determination or evokes fear of a chaotic world. We don't just watch movies and television but experience them. We anticipate new media events, tweet about their occurrence and then rate their relative merit, our observations rapidly agglomerated with the rest of the media consumption ecosystem. Our views of all of this are informed, perhaps directed, by the media we select to follow, shaped by the echo chambers we fall into.

While I do not myself see any cyborgs, flying cars, or killer robots in my day to day life, all of these things exist right now on my smartphone. I can search for them and I can see them. In the world of my job, friends, and pastimes, Mars is uninhabited, computers are frustratingly slow and obtuse, and the weather is significant portion of conversations. On my computer, wealthy venture capitalists are looking for married couples to take a round trip to the fourth planet, William Gibson reflects upon Google's world, and the Arctic is about to become a passable sea lane. If Boston doesn't look much different from the 90s, it's possible to search mega-pixel panoramas of Shanghai and Dubai for our cyberpunk skyline fixes. 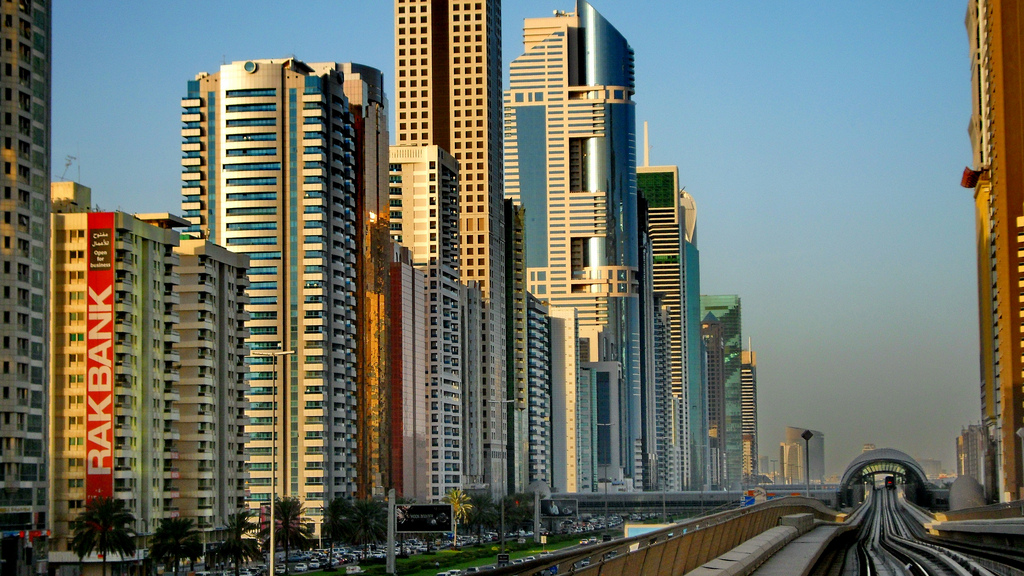 Our world is now augmented. Reality is already multi-leveled, compartmentalized.

I'd suggest that this is where our hypothetical time traveller would have the greatest surprise. After picking up one of our mysterious black devices, figuring out how to turn it on, he or she would gain access to a world infinitely stranger and more conventionally futuristic than initial impressions might suggest.