Story-notes for "What Little We Know"

"What Little We Know," started life with these two sentences: "A young man falls in love with a statue who he believes saved his life. He sacrificed everything to save and protect it in return." This synopsis is fairly typical, by the way, for my story ideas. One or two sentences about an image or concept I can't shake out of my head. There was something in this idea I felt interested me, especially after reading Thomas Ligotti's "The Medusa," which I found very inspiring for writing a certain type of 'cozy gothic.' Like the myth of Set's Coffin, the Medusa illustrates the dread of knowing someone is walking into a trap made bespoke for them. I already envisioned the statue as a monster, as something predatory. 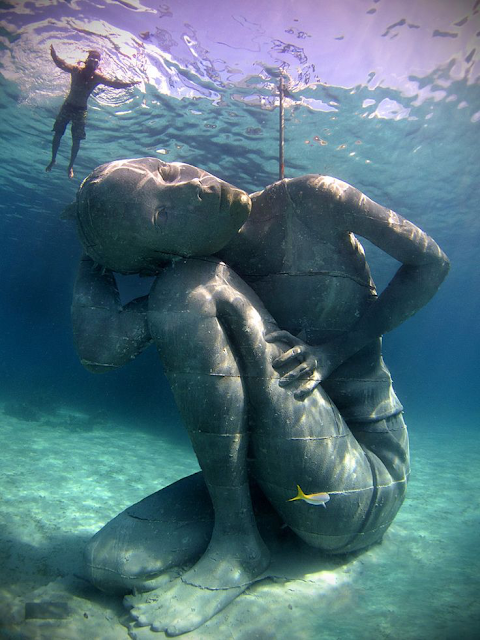 The idea sat unused for about half a year until the Spring of 2016. I researched a few ideas concerning statues and monsters which is when the egregoi and Atlantis stuff started to accrete around the edges. I finished a draft and put it aside until the late autumn of 2016. Somewhere in that process the narrator switched from a boy to a girl, and from simply a girl to a member of a secret society. This motif of the secret society appears in a few of my stories, "Again and Again" prominently but also in my serial novel "Agent Shield and Spaceman," and a currently unpublished story called "Strays." The thin line between secret societies and cults has always interested me, as well as the sacrifices the members of these societies willingly make.

As I went through the drafts, the central conflict shifted from the girl and the statue to the girl and the boy. The desire of the boy to know more about the girl's life, to join her life as a willing participant felt very interesting to me even as I grew certain he was not the protagonist. The story contains a kind of love triangle where the boy seeks to transform his relationship with the girl, even as the girl seeks to transform her relationship with the statue. And as for the statue? It just wants to devour the boy.

And that's pretty much it. Compared to some of my stories, I think I went on a bit of journey with this one but its destination feels very right. I'm certainly happy with the company its currently keeping in the December Issue of Fantasia Divinity Magazine. If you have a chance to read it, let me know!