Year in Review: Everything Else


To wrap up my review of 2012, I'd like to put down some more personal reflections on what this year has meant to me.

This was the year I finished grad school. I am now on track for professional status at my school and, hopefully, a long career as a middle school history teacher. I arranged my last class, Fiction Workshop, to usher in a major change in focus in my life. No more education courses (for awhile, anyway) and a renewed focus on family and writing. I go to more of my wife's shows and less time shuttling between Salem and home. No other way to put it: life's gotten better. 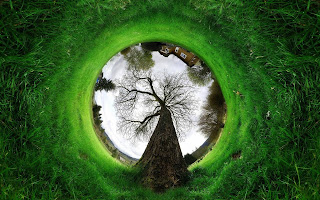 I've gotten serious about writing. I'm basing this observation on the number of rejections I've been getting. Nothing quite focuses the mind on an endeavor like repeated ego-corroding, soul-searing form rejection letters for queries and submissions. I haven't even gotten to the point where my rejections are particularly helpful, three sentences and a thank you are pretty much the rule. Still, I'm learning a lot about the process and which markets to try later.

I went to a bunch of conventions this year: starting with Arisia 2012 (2013 almost here!) and proceeding through PAX East and Readercon in the Summer. Readercon was particularly notable if for no other reason than I reconnected with an old college friend Chris Holm. A successfully published author, Chris had valuable words of wisdom and more than a little encouragement. I talked up his latest (The Wrong Goodbye) in my book year-end review, check it out if you haven't already. My friend David Nurenberg also got a White Wolf imprint, Silent Knife, published this year, I'll be reviewing that sometime in January. Nothing is more encouraging to me as a fledgling writer than seeing what's possible. Despite the horrific state of the industry, publishers still want books and the reading public still wants authors.

More superficially, this was also the year of Bethesda. Fallout New Vegas in the summer and Skyrim forever. Seriously, these games are review proof. How can you even talk about what something as massive as Elder Scrolls V means when the game consumes as many hours as it does? But the secret to these games, particularly Skyrim, is that they are scalable to a variety of audiences. I can spend an hour or two every other day. I know of people merrily tromping through their 400th hour in the northern province of Tamriel. Somehow this same game provides entertainment to both extremes. Each adventure might not be terribly original or amazing, but they are deliberately constructed with the idea that they can be solved and completed in one game sitting. They are also somewhat solitary games obviously which is probably for the best in my case. I resist trying things like WOW and Guild Wars 2 not because I think I would hate them but because I'm pretty sure they would quickly devour my life. A nice thing about Bethesda RPGs: at some point you will encounter the 15th guard to tease you about stolen sweet rolls and can happily put down the controller to try something more productive.

Like this blog. I've been plugging away at this project since the summer, through ups and downs. I've tried to make a posting just about everyday since the end of November and the experience has been very rewarding. For every embarrassing mistake, I've still had the chance to say something and feel like I had an audience. If I have learned one thing this year, it's this: don't write to waste people's time. I don't think everything that I've written here has been terribly important, but I've made sure it was honest. Having blog is more than just a way to network and practice writing, it's about developing that sense of accountability as a writer. What I'm doing here may only be important to me, but I will take it seriously.

Lastly, I want to leave with a note of thanks that in a year with terrible storms and natural disasters, wars and riots, there remains considerable room for optimism. As much as Obama disappoints or compromises, he is still there. We are not waiting around for the Romney Administration to start. As vicious as the civil wars and unrest in the Middle East appear, some form of democracy appears to be sprouting. We haven't gone to war with Iran or North Korea. There's movement on gun control and near certainty that the wealthiest in this society will be contributing more to this country that has given them so much. Progress marches on.